Food portrayed by the cinema. This is the path proposed by Food Film Fest Bergamo coming up from August 24 to 28. A project conceived in 2014 by the cultural association Art Maiora and the Bergamo Camera di Commercio, with the participation of Coldiretti Bergamo, Slow Food Bergamo Valli Orobiche Bassa Bergamasca and Ascom Bergamo. Five days of screenings, video premieres, food talks and workshops in the historic heart of Città Alta, in Piazza Mascheroni, a natural open-air theater, to promote the values of sustainable development and attention to the environment through food storytelling.

This year there are 41 films competing, selected from 700 submissions from 80 countries: from France to the United States, from Iran to Turkey, from China to Morocco, from Ireland to Canada as well as, of course, Italy. There are three categories in competition, ‘doc’, ‘animation’ and ‘movie’.

After seven years, the themes and watchwords that constituted the ‘intangible legacy’ of Expo 2015 are still alive: it is possible to limit food waste and give strong signals for conscious food education. This is the message Food Film Fest is launching . But it is not the only one: talking about food means promoting the heritage of a territory and a sector, agribusiness, that is becoming increasingly important for Lombardy’s economy because it has an extraordinary capacity: that of narrating and letting people know more about our territories through new tourist routes. And, speaking of tourism and culture, this edition of the festival will be a milestone on the path towards the 2023 appointment with ‘Bergamo-Brescia Italian Capital of Culture.’ An important project with a strong identity value.

Talking about food means talking about health, but also about business, traditions, innovation, communication and, of course, environmental sustainability, recycling and circular economy. These will be the key words at the center of the edition.

Under the patronage and contribution of the Regional Council of Lombardy, the Province and the Municipality of Bergamo. With the support of the Fondazione della Comunità Bergamasca and the ASM Foundation.
Special thanks to partners 2022 : Diachem spa, Montello spa, UniAcque, Unicredit, Planetel spa, Prometti srl, who share the aims of Food Film Fest and support its realization.

Admission to the Festival is free. 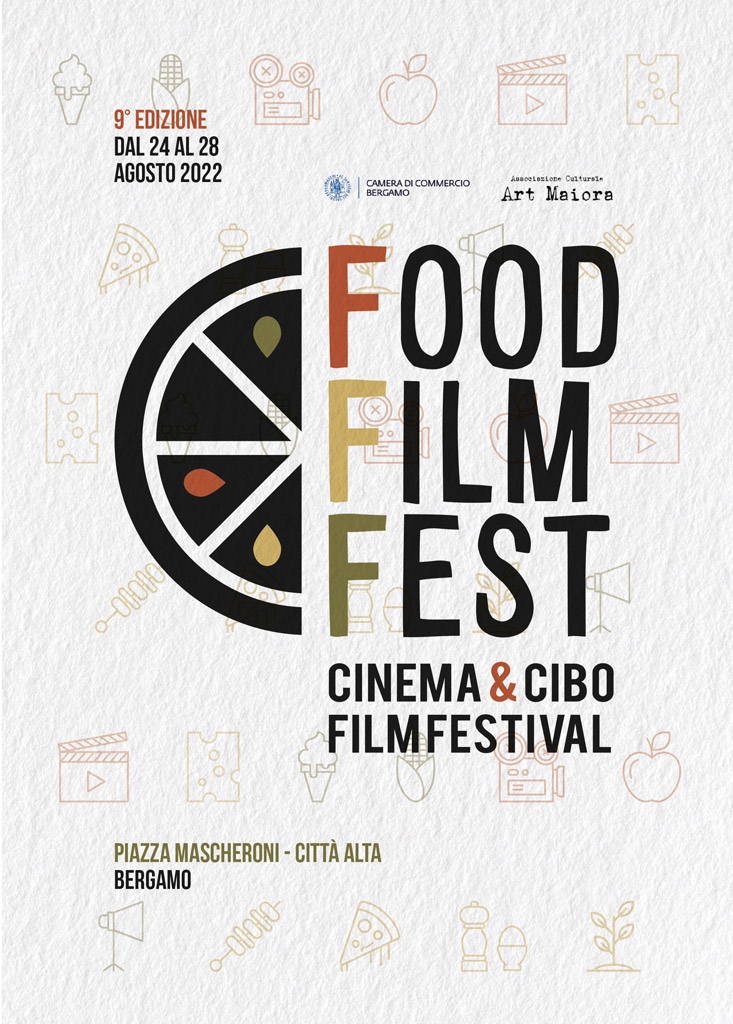